A work by Azra Akšamija showing the recent history of Bosnia-Herzegovina in the traditional kilim making. The end result is quite beautiful, and makes you think of a rug to decorate your house or another place — but at the same moment the painful acts of history are shown.

Statement from her own website: “Monument in Waiting is a collective testimony of the ‘ethnic cleansing’ in Bosnia-Herzegovina, carried out by nationalist extremists during the war of 1992-95. This process of territorial and cultural ‘decontamination’ involved the eviction and mass murder of civilians, as well as the extermination of their cultural and historical traces. Places of worship being particularly targeted, destroying the previous period of peaceful co-habitation. While all ethnicities suffered destruction or damage of their cultural heritage, the quantity of destroyed mosques far outweighs the number of destroyed churches. The pattern of this hand-woven kilim tells the story of the systematic devastation of Islamic cultural heritage during the war and points at the impact of this erasure of memory on the Bosniaks’ religious, ethnic, and national identities today.” 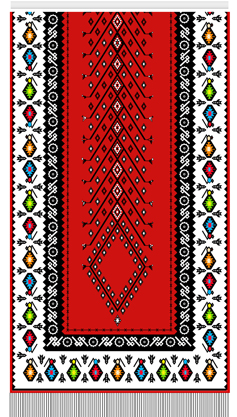 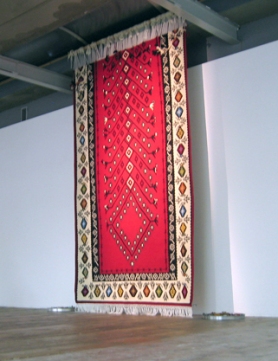 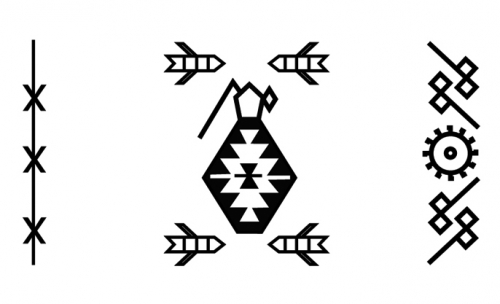